Yoga is the bridge that works

Konichiwa! I just landed in Japan for a 21 day yoga teaching tour and I am truly excited to dive in to teaching again. Travelling and teaching means I won’t be able to write as much so I wanted to share this uber cool guest post from Bella Girovich who is an inspiring type 1 yogini and blogger. Here’s her story AND her personal insights on the value of yoga for  diabetes. Take it away Bella…. 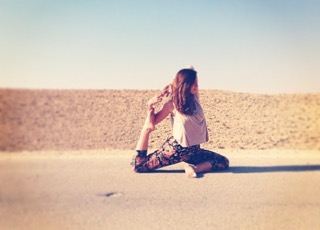 This all started in the winter of 2012. It was just around New Year’s Eve, and my family and I were getting a head-start on those New Year’s resolutions by taking a two week sabbatical (can you call it that in college!?) from life at a beautiful yoga center in Tulum, Mexico. The resort we were staying at is essentially a yogi’s paradise, complete with 2+ yoga practices per day, an unlimited supply of juices and smoothies, and sunshine and ocean to soothe the soul. The perfect set up for anyone to reboot and feel in the best shape of his/her life… right?

Well, for some of us, this was right. My mother, brother, and even my father (who was reluctant to try yoga but we eventually convinced him because he felt left out by day two) felt amazing. Me, on the other hand, is another story entirely. I woke up every morning at 7:30 for our 8 AM practice feeling tired, groggy, and lethargic, even though I had gotten plenty of sleep. For some reason, I had the strangest craving for bananas that I could not shake, and disturbed every morning practice by walking in late like a chimp with three bananas in tow. So why did I feel so awful? I was on vacation on the beach in Mexico, after all! My family poked fun at me because going on a yoga retreat was my idea in the first place, and I was the one complaining!

I blew this off as nothing, perhaps my body just reacting to a lot of physical practice in a short amount of time. Back at college in Washington, D.C., one of my friends and I decided to try out eating a raw food diet. We were both marginally interested in nutrition, and had started working at a local juice bar. How hard could it be, we thought? Well, I thought I would have it easy, being that my friend doing the diet with me was about a foot taller, 30 pounds heavier, and a male. For the first few days, we struggled through it together, laughing our way through the college dining hall with our huge bowls of spinach and raw veggies as people cast sideways glances our way. After about three days, my friend woke up and texted me how amazing he felt, and I could barely keep my eyes open. I had just joined a sorority at my university, and I attributed my lethargy to having hundreds of conversations with peppy strangers.

After about a week of feeling “off,” I was putting on mascara in my friend’s room on Friday morning, and my hand was shaking so much that I ended up looking more like a raccoon than the smoky eye I had intended. My friends looked at me anxiously, but I was too busy trying to steady my hand that I did not even notice.

“We are taking you to the health center,” they asserted, as if I did not have a choice.

“No way!” I exclaimed. “I have class in 20 minutes. Besides, they’re going to tell me I’m pregnant or have cancer,” I joked, mostly to ease my own nerves.

Being 1/3 the size of my friends, there was no fighting it- they physically dragged me across our small campus to the health center. The walk was probably only under a mile, but felt like it took an eternity.

We arrived at the health center at 8:45, 15 minutes before opening. After begging someone to see me, a nurse came in and barely looked me in the eyes as she took all of my vitals. Eventually, she went to prick my finger and check my blood glucose levels.

“Umm… can you skip that part?” I anxiously joked. I was always in Chicago, with my mom, when I had to go to the doctor’s office, and was a little squeamish around blood.

The nurse laughed at me as if I had said something hilarious, and proceeded to prick my finger. “I’ll be back in two minutes,” she stated, as if I was a nuisance.

She didn’t come back for twenty.

I could go through the gory details of my week spent in the hospital, but this was essentially how I found out I am a type one diabetic. At 18 years old, I was already an established “human” in the world, with my own diet, lifestyle habits, and yoga practice. I had already completed a teacher training and had a fairly regular practice.

After diagnosis, I had no idea how to effectively manage my blood glucose levels. Starting on insulin caused me to gain 20 pounds in a few short months, which made me even less inclined to make it to the studio, let alone even put on yoga pants.

It took almost an entire year and the accumulation of a solid group of “yoga buddies” for me to feel comfortable walking into a studio again. However, as soon as I did, my mind remembered what my body had been missing the entire time.

Asana is incredibly effective for controlling blood glucose levels, in diabetics and non-diabetics alike. However, to me, yoga is so much more than twisting my body in this and that way. If my diagnosis with diabetes was the severing of my mind’s connection with my body, yoga was the bridge that worked (and is still working) to reconnect these two distant parts that make up “me.”

On more days than I would like to admit, I feel that my body is betraying me. Knowing that my beta cells are being blocked by my white blood cells every single day is pretty discouraging. However, every day, I come to my mat, and begin to feel again. I feel appreciation for my physical body; for my feet for carrying me into the studio, my hands for holding me in downward dog, my legs for holding me in warrior two, and my heart for opening up in my backbends more and more with each and every practice.

Without yoga, I would carry myself through the world filled with resentment and bitterness for the deck of cards I have been played. Instead, I can walk with my heart open and my head held high with gratitude for all that I do have, and for the practice of yoga that humbles me each and every day. 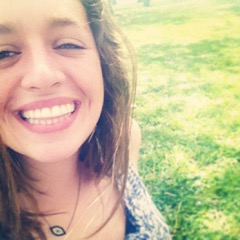 Forever a student of the world, Bella is interested in the intersection of all forms of health, be it Western science, holistic nutrition, or ancient practices. Growing up in Chicago has shaped her yoga practice in that she found solace on her mat in the middle of a bustling city, and took this inner peace with her to D.C, Israel, India, and now to Atlanta where she is getting her Masters in Public Health at Emory University.  https://unsweetnlo.wordpress.com/

← A mini wave of bliss
Getting into your breath →